It was the final training week leading up to the Seattle Rock’n’Roll Half Marathon on Saturday. I continued with the Runner’s World Run Streak and it’s been 21 days now! Here’s what I did:

Monday – Had a nice early morning 3 miler for day 15 of the #RWRunStreak.

Wednesday – 1 mile to continue the streak.

Thursday – 3 miles on the treadmill.

Friday – Ran 1 mile for the streak.

Saturday – It was an awesome day to run the Seattle Rock’n’Roll Half marathon! Also, I got a chance to meet some awesome runners for the first time! Recap coming soon.

Sunday – Recovery mile for day 21 of the #RWRunStreak.

It was a good week since I got my training runs done. Now for the weekend update, I drove up to Seattle on Thursday evening so I could go to the Seattle Rock’n’Roll Expo on Friday to pick up my bib and timing chip. It was at the Century Link Field Event Center. 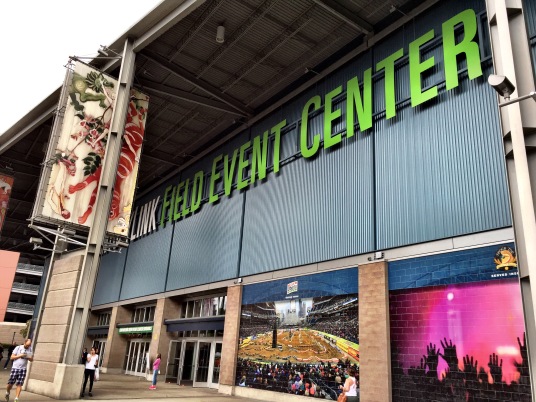 We got there around 10:30ish. It was a lot bigger than the Portland Expo. Below is a pic of where we went through to get our bibs. 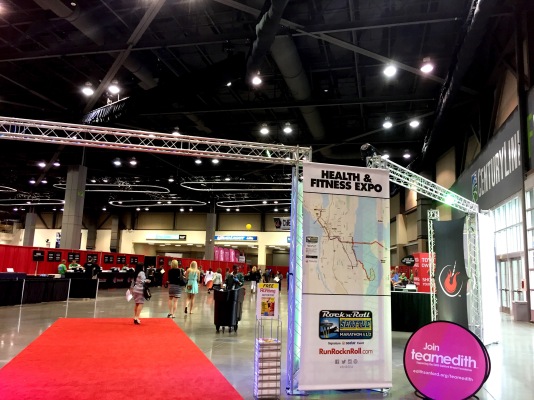 Here’s a pic of the shirt and my bib. 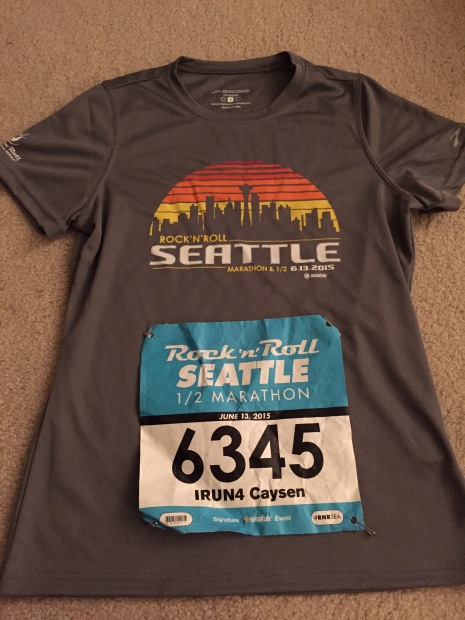 The Brooks merchandise area had mirrors with sayings on them like in Portland. It’s such a cute idea.

I can feel your awesomeness! 🙂

Brooks also had a games area where you could do all the stations and they give you a prize. We did it last year and we didn’t have much time so we opted out this year. Here’s a pic by the Run part of the Run Happy sign. 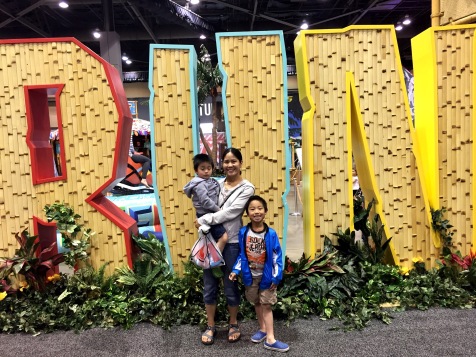 The kiddos and my Mom in front of the Seattle sign.

I was good and didn’t buy anything at the Expo. There were many vendors but I wasn’t planning on staying long.

Later in the evening, we went to my nephew’s school carnival. It’s been a while since I’ve been to a carnival. I didn’t get many pictures but the kiddos played a bunch of carnival games. There was clowns making balloon animals/swords, and there was even a cake walk. My niece won a cake!  The kiddos had a blast!

Those were the highlights of the weekend besides the Seattle Rock’n’Roll Half Marathon on Saturday. Saturday was a busy and tiring day since I had to drive back to Portland to work on Sunday. It was a fun weekend regardless.

How’d your weekend go? Did you race?

I’m linking up with Tara from Running ‘n’ Reading for the Weekend Update.