The Oregon Spring Half Marathon took place in St. Paul, OR. It started and finished at Heirloom Roses, a beautiful garden and nursery. I’ve run this one a couple of times now and was happy to get the opportunity to pace this race again for the 2:15 pace group. Here’s a pre race pic of most of the pacers:

I’m so grateful to be a part of this awesome group of pacers!

According to my Garmin data, it was 59*F, so it was warm. The race started just a few minutes past 7:30 am and we were off. Here are pics I took along the course:

It’s a nice course through the countryside.

Passing through farmland, it’s pretty flat except for one hill.

The hill is the pic above. You get to go up it and then back down on the way back. It’s not too bad.

The only bad thing about this course is that there isn’t much shade. It got hot fast. The organizers were ready and had cold towels at some of the water stations which was awesome. 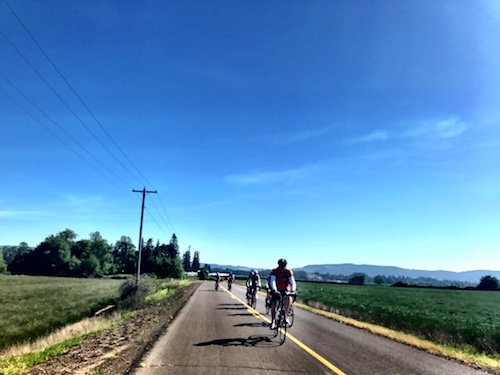 On the way back we passed by a group of bikers.

At the end there’s a cool rose tunnel you run through to the finish line.

Uberthons puts on great races and this race was no exception. The volunteers at the aid stations were great. The ice cold towels were a plus. Check out the medal. It’s huge!

Besides the normal water that is handed out there was fresh lemonade. The post race food was awesome from Qdoba. There was also watermelon but it ran out fast. 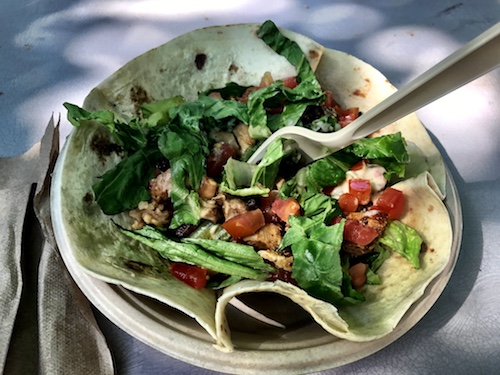 We also got a nice shirt. 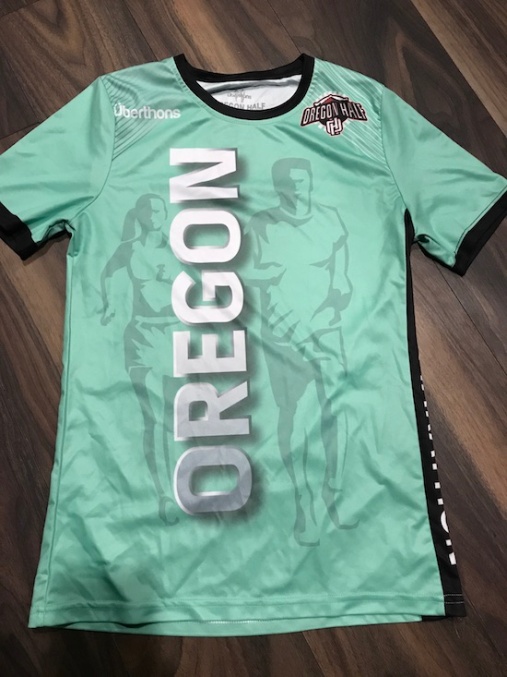 Here’s a pic in front of their cool backdrop.

It was another great race and experience pacing. I’ll be pacing the 2:15 group at the Oregon Summer Half Marathon on the Banks Vernonia Trail on July 22nd. Hope to see you there!