This was my very first time running a Shamrock Run Portland race. It was a bit tougher getting up since we lost an hour due to Daylight Savings on Sunday. I chose the half marathon to run because last year I ran the NYC Half which was around the same time and I was looking for a half marathon to sign up for in March when I was planning the year. But it’s nice that they offer many other distance options: 5k, 8k, and 15k. The half marathon was scheduled to start at 8 am.

I woke up around 5:30 am and had some toast and a chia squeeze. We left the house around 7 am and got downtown around 7:30ish. There was some traffic but we found parking fairly quickly. Before I left the car, I took my BeetBoost. I’m thinking this stuff really works. It was lightly raining and according to my Garmin data was 43 F, feels like 37 F. I just had enough time to go to the porta potty before the race started. Below is a pic at the start:

Here are pics I managed during the race:

The race started on time. This pic was taken at 8:02 pm and you can see the Portland Oregon sign on the left.

Team RWB was there. 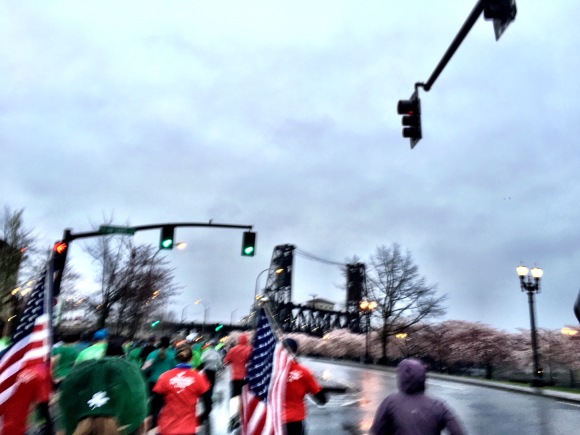 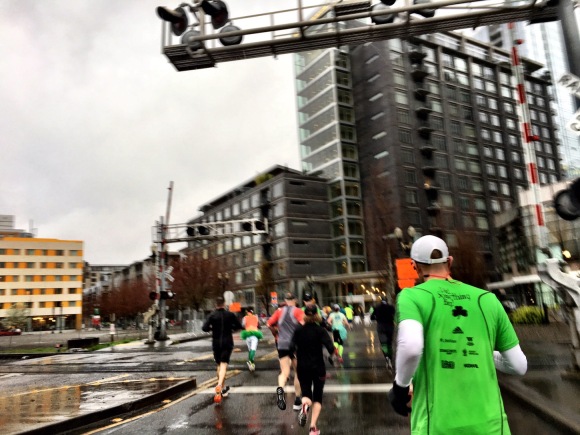 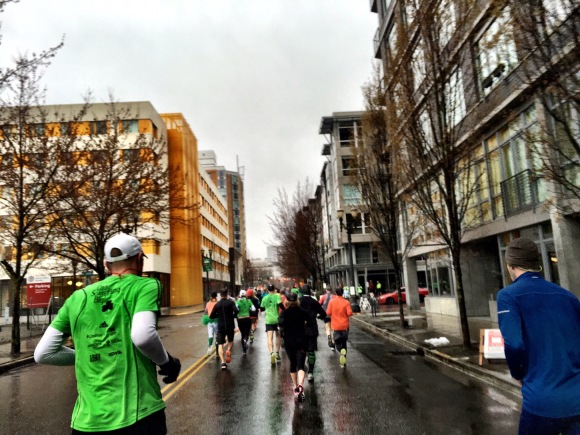 It was nice that there were bands along the course. 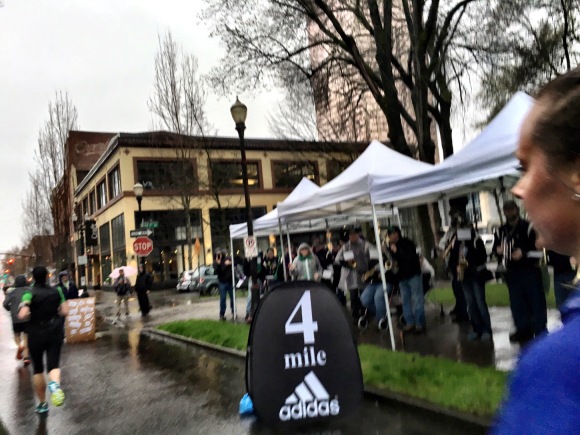 Love it when people give high five’s!

Reaching SW Broadway street was when the uphill battle began. Miles 6-10 were basically an upward climb. Check out the elevation chart: 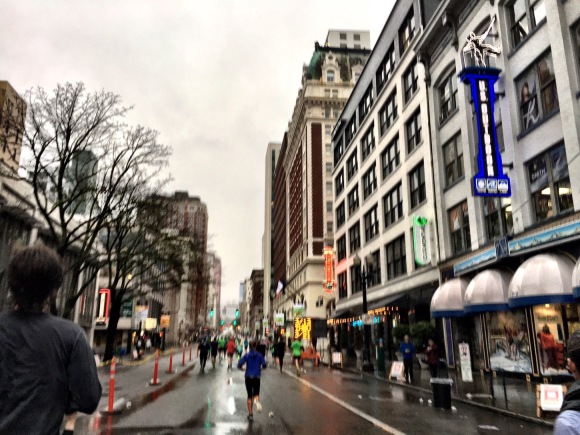 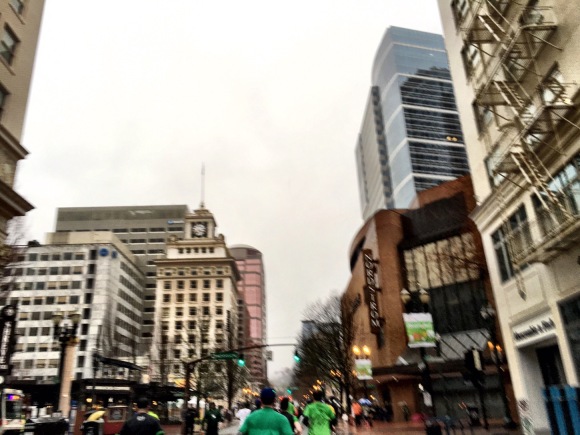 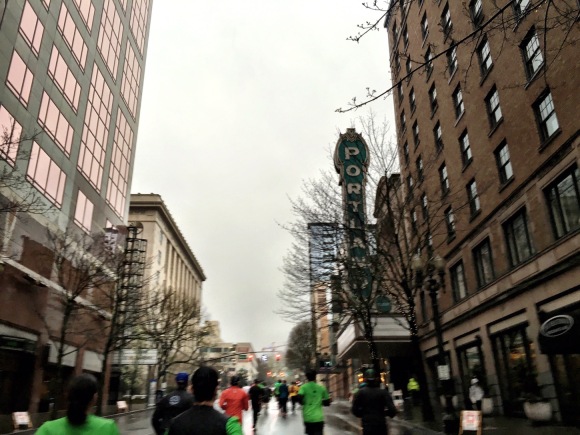 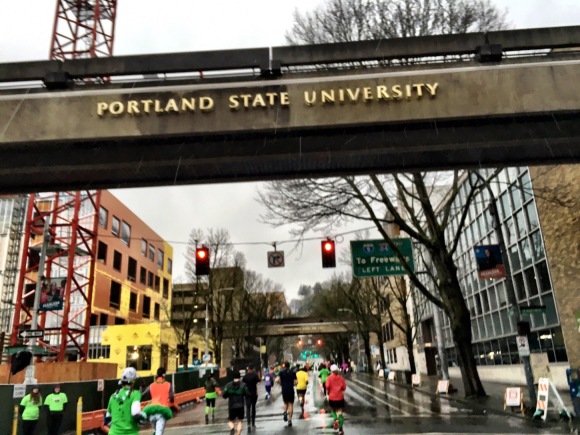 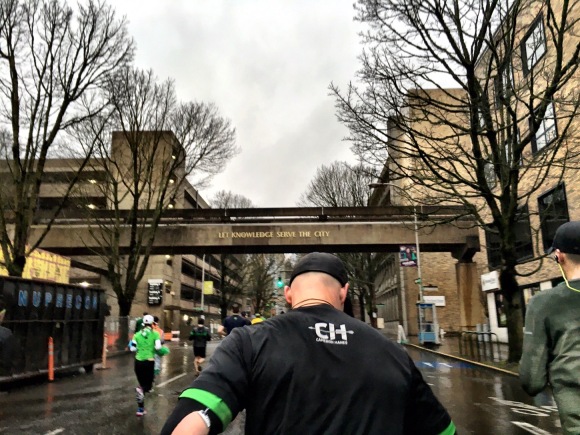 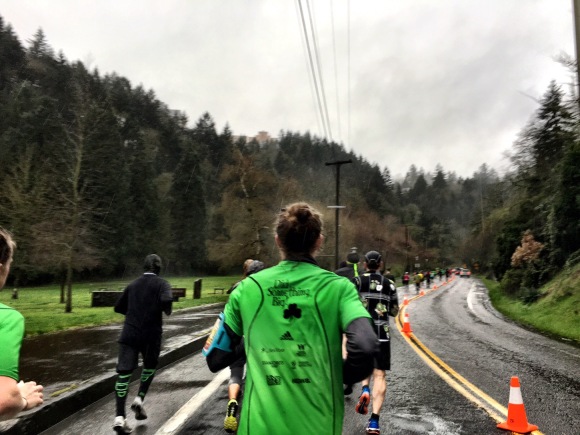 So happy to go downhill after that tough climb.

I can’t believe a few of us were actually stopped on SW Barbur Blvd to let a car on SW Hamilton St. cross. This was the first time I’ve been stopped in a race. A little disappointing since I lost some time.

But seeing mile 12 was nice, the end was near! 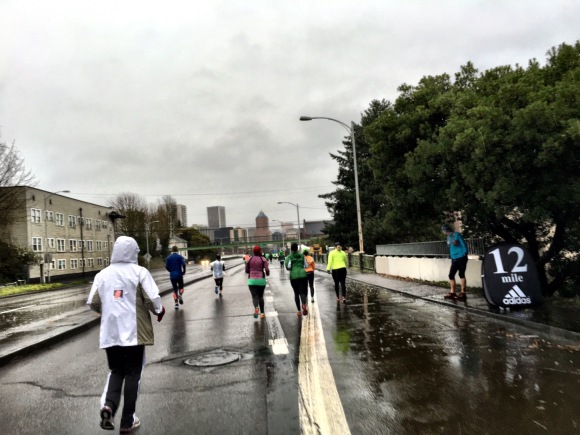 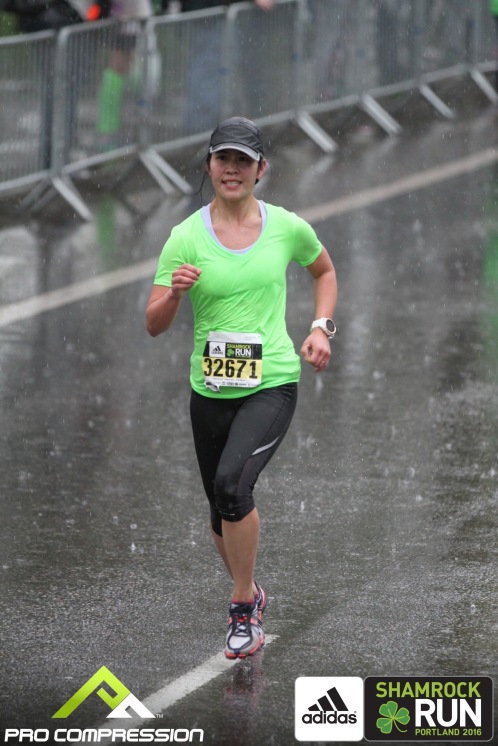 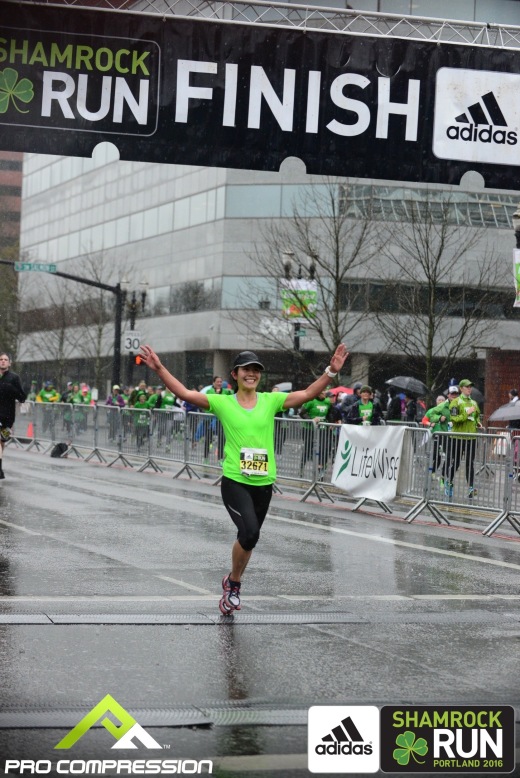 The finish line after finishing, looking back.

This was a great race despite the rain and the uphill climb, oh my! I felt pretty good throughout the race, but those hills were killer. I still managed to PR, yay!! So happy! 🙂

After the race I had chocolate milk and some chowder. There were many booths but it was still raining. I was cold and my husband and kiddos were in the car. So I didn’t stay long.

It was really muddy too.

All I wanted was a hot shower. I was shivering by the time I got to the car. I got my hubby to take my pic before we left. 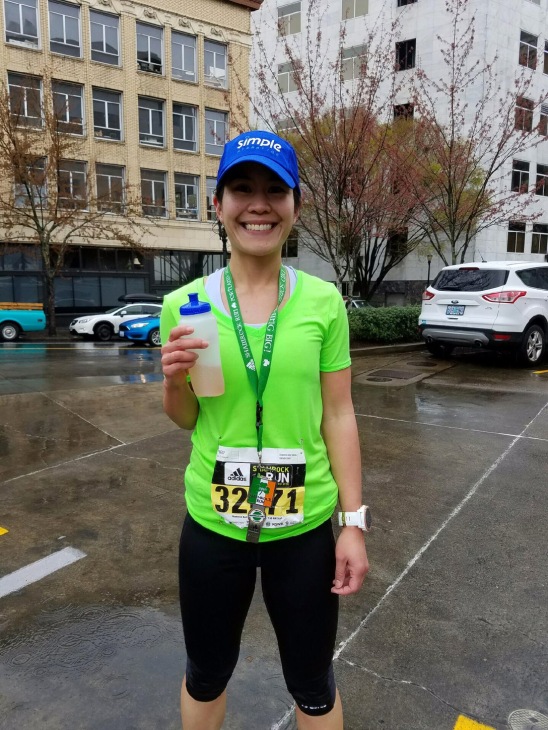 Here’s a pic of the medal which is also a bottle opener. Half marathon finishers also got a nice towel at the finish. 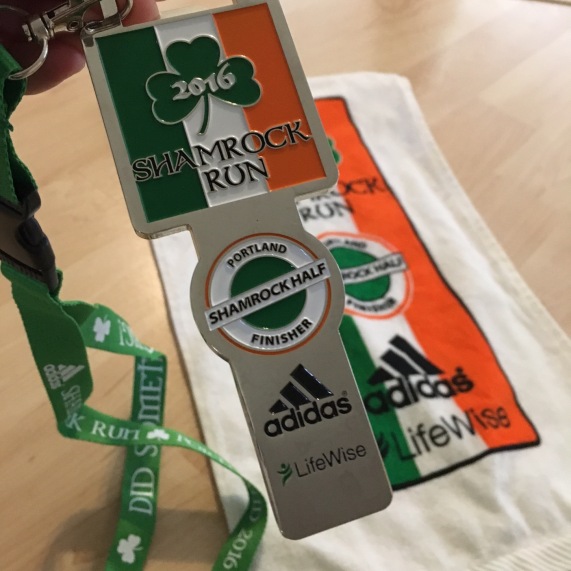 Have you ran a St. Patrick’s Day theme race?