This was the second time I ran the Hippie Chick Half Marathon held in Hillsboro, Oregon. The thing I love about this race is that it’s so close to home and I don’t have to travel far. It’s also a great Mother’s Day weekend race that takes place on Saturday. I especially like Saturday races since I work Sundays. There were other distances offered, the 15k and Quarter marathon. I signed up for the half since there was a great deal on the getmyperks website.

When I woke up, I knew it was going to be a rainy day and I was not looking forward to running but it was better than running in the heat last year. According to my Garmin Connect data, the temp was 45 deg F, which was good. The race was scheduled to start at 8 am. I think I got there around 7:45ish and had enough time to walk and take my pre race selfie at the start. I wasn’t racing this one for time so I was just going to make the most of it and enjoy the course even in the rain.

I took my UCAN fuel about a half an hour before the race and had my nuun in my Simple Hydration bottle to hydrate me. Right before 8 am, the National Anthem was sung and then we were off. Here are pics I took along the course:

There was a break in the rain in the beginning which was nice.

It’s always fun to run on the closed roads that I would normally drive on. The above pic is a road I frequently take that leads to the highway. 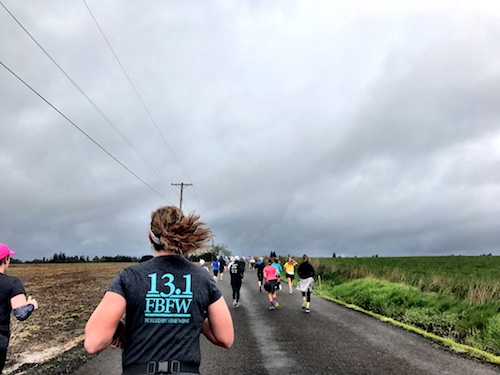 This is a nice course that also goes on back roads, passing by farms and great countryside views.

I felt pretty good throughout the course. It wasn’t raining the whole time which was nice.

It’s a relatively flat course but there are some minor hills. 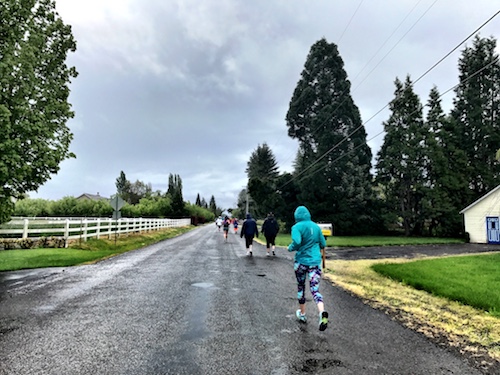 Towards the end of the race, there were a lot of walkers. It was great to see so many people out walking and running.

They had the usual water handed out at the finish on the field. There were also many booths on the field and a results booth where you can print out your results. I always like when races have the booths where you can see your official time and print them out. 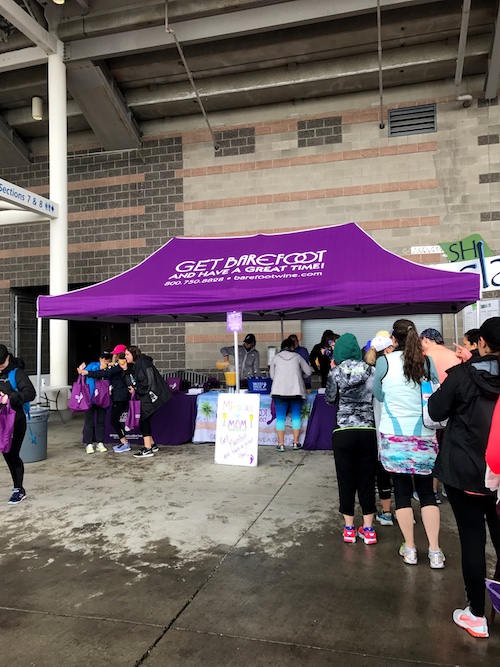 In the upper section, there were more booths and the pancake breakfast. I waited in line to get my free Mimosa and chocolate. Pretty cool swag. 🙂 We got to pick two Ghirardelli bars.

Instead of a medal, we got a necklace. It’s a nice change from medals but I do like my medals too. 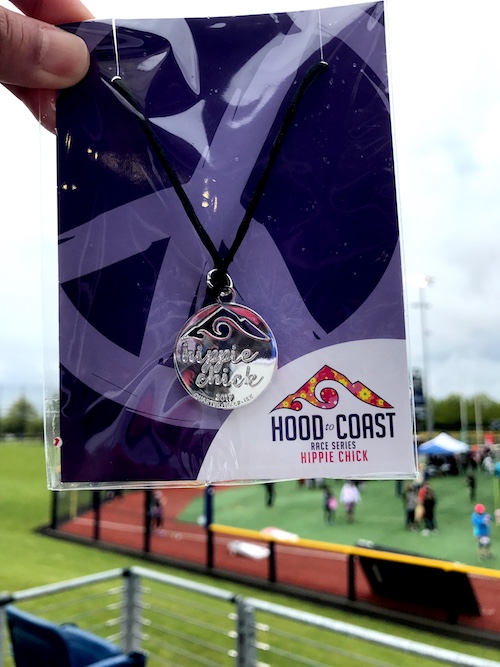 Overall, it was another good race that I would do again.

Are you training for anything? What’s your next race? I’m looking forward to pacing the Oregon Spring Half Marathon this Saturday.