This was my first time running the Cottage Grove Half Marathon in Cottage Grove, OR. It is a point to point course that’s fast and according to my Garmin had an elevation loss of 390 ft with an elevation gain of 172 ft. Cottage Grove is about 2 hrs and 10 min south of Portland. So it was a good drive away from my place. I had booked a hotel about five minutes away from Bohemia Park where last chance packet pick up was and where the buses were departing, so it was all good.

I woke up around 6:30 am on Saturday morning. I had a piece of toast with peanut butter and a Mamma Chia squeeze pouch for breakfast. Packet pickup was from 7:00 am – 8:15 am. I think we headed there around 7:45 am. It was easy to find and I got my bib and shirt smoothly. 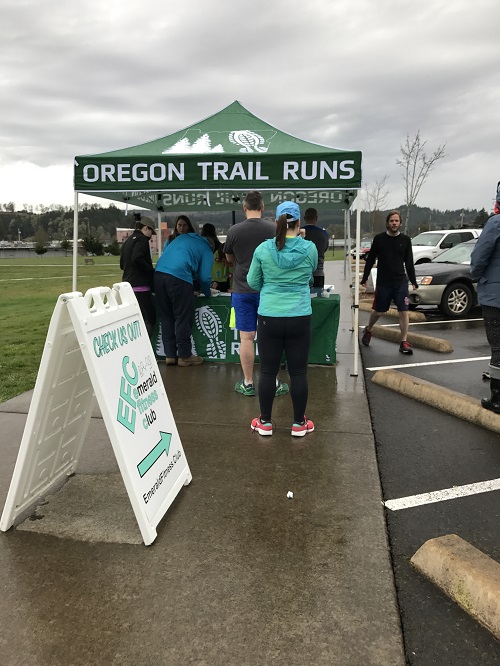 Bohemia Park is nice and since we were there early we took some pics.

The kiddos enjoyed the playground.

Busses arrived at around 8:30 am and started leaving around 8:40 am to head to Dorena School where the race started. It was about a 20 min bus ride.

When we got there, I noticed there were a few Porta Potties outside but I opted to go to the indoor bathroom in the gym. It was kind of weird that a few of the stalls had no doors maybe because it was a really old school. After that I went outside and ran a 1.1 mile warm up since I wasn’t sure about having enough time to get 1.5 -2 miles per Coach Dawn and then headed back to the gym where I did some dynamic stretches and lunges. They did some announcing in the gym and then we all headed out to the start.

The race was scheduled to start at 9:30 am. Here’s a pic of me at the start. It started raining when we were waiting. We had a late start since this pic was taken at 9:38 am.

But once we were off, I felt good even with the rain. It’s a great scenic course. Here are some pics I took while running:

The Row River trail is so nice! Look at those trees. 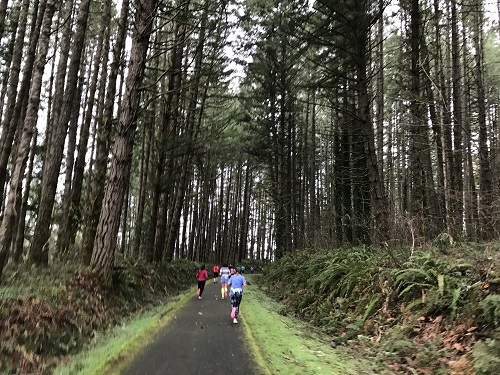 It was great running by Dorena Lake. 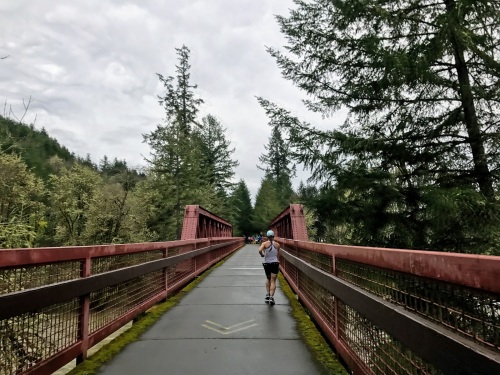 The race went way better than I expected. It was mostly flat with rolling hills and then a good downhill portion. I felt pretty good and strong throughout the race. Here are pics courtesy of Audra Terra Photography: 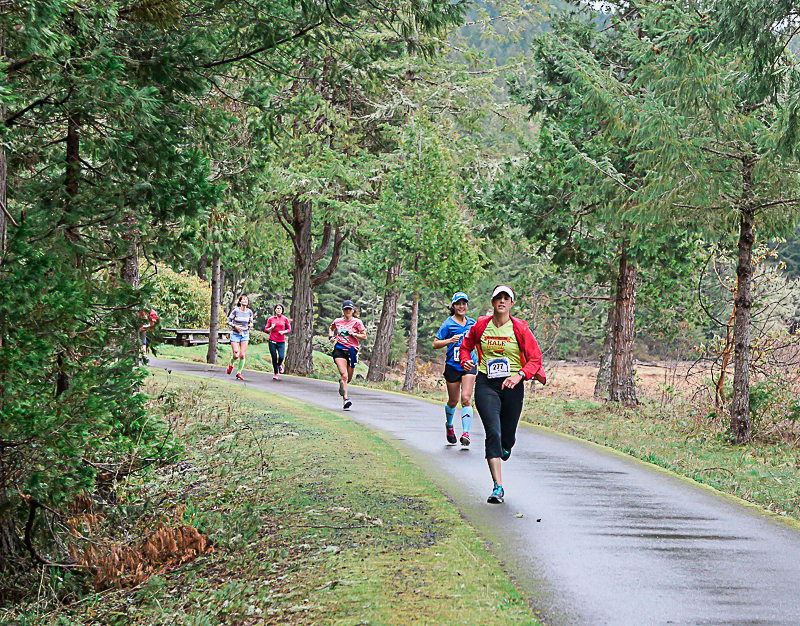 For fuel, I took two servings of UCAN about an hour before which was right before I boarded the bus. I also had my trusty Simple Hydration bottle with nuun to hydrate. The UCAN is really working for me. I did not have to worry about taking a gel in the middle of the race which was awesome. The SuperStarch is amazing and supposedly is slow releasing and allows you to better burn fat. It must work since my energy level seemed steady. My previous best half marathon time was 1:48:26. My official time was 1:45:24. Woohoo! Got an awesome PR! My Garmin had me at 1:45:33 at 13.05 miles, so the course may have been short but it still would have been a big PR! I’m happy. 🙂 I also got 4th in my age group. It was kind of weird that they adjusted times by 15 sec. I had checked earlier and I posted a different time on my FB page, 1:45:39. On their FB page they said it was an error on their part. It seems many others had 15 seconds added than what was posted at the event. I didn’t know where to check at the event so I can’t confirm.

Anyways, it was great to have my awesome support at the finish.

At the finish area they had water, bananas, chips, peanut butter and jelly sandwiches, cookies, and KIND bars. 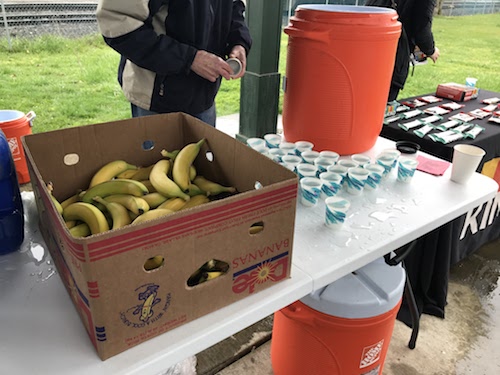 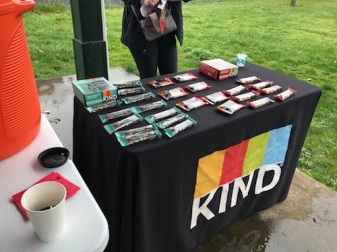 I thought the Cottage Grove Half Marathon was a great race. It’s a small race with 234 half marathoners according to the results. Loved the scenic course and I’d run this one again!

My next race is the Rock’n’Roll San Francisco Half Marathon on Sunday. I’m not running for time but it will be a nice training run with my sis. Do you have any races coming up? Happy running!