Yay! I ran the Salmon Falls 50k, my first ultra marathon and I ran it on leap day. For those that don’t know, an ultra marathon is anything above the … END_OF_DOCUMENT_TOKEN_TO_BE_REPLACED

I signed up for the XTERRA Hagg Lake Trail Run 5k because there was a Living Social deal and I thought why not give it a shot. I had never done a trail race before and with the bargain price, I thought the 5k would be a great way to try it out. It was a beautiful morning for my very first trail race, but just a bit too warm for my liking. I think it was already 70 deg F out when we left early Sunday morning.

I forgot how beautiful it was out there. I have visited Hagg Lake before but it’s been a while since I’ve been back.

Here’s a pre race shot of me.

There was a lot more 10k racers! The pic below is of the start of the 10k.

The 5k race started at 8:30 am. There wasn’t as many racers as the 10k which had the most competitors out of all the races that day.

The next two pics show me running right after the start of the race, courtesy of my hubby. I actually managed to take two pics while running on the trail where I thought it was safe lol.

From the start we went across boat ramp C and connected to the trail on the North side. On the trail there was lots of grooves and uneven spots. I was definitely not used to running on the trail. Trail running shoes would have been nice. I almost rolled my ankle a couple of times. There were steep climbs and then down hill spots. It was fun in a way since it was different and exciting. There was some markers but some were on the ground, I just followed the people ahead of me and was thankful that there was someone always in my sight. There was a part where we ran on the road for a little bit and then headed back in to the trail. I remember thinking, I was glad it was only 3.1 miles lol. It was so hot out.

I ended up getting second place in my division, fourth overall female and eighth overall, which is awesome! It was a small race, but I’ll take what I can get :). All finishers got a stainless steel pint glass which could be refilled at the Beer garden. 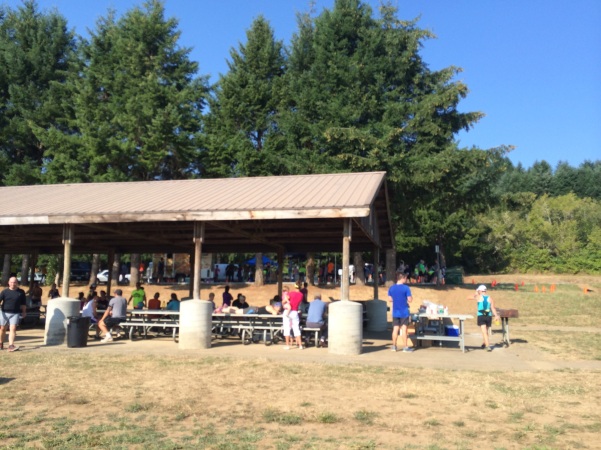 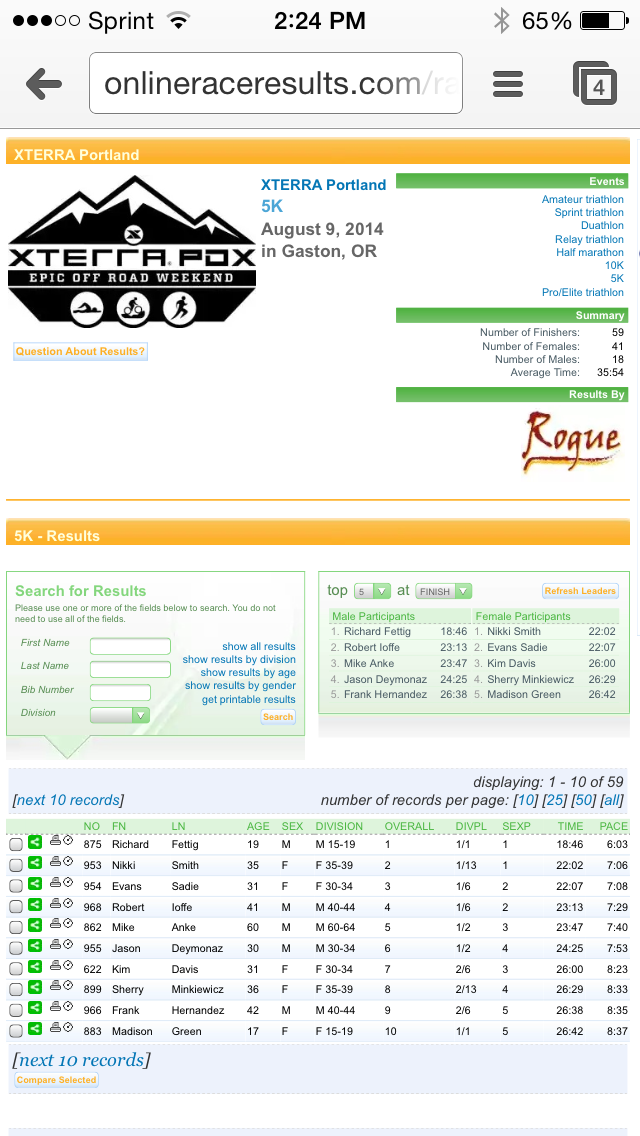 Overall, I thought it was great first trail race. Have you done a trail race? Where was it and what’d you think?