This was the first time I ran the Chocolatathon race which is put on by Uberthons. There was a 5k option but I opted for the 10k since my run coach suggested dates that I could race a 10k which fell on the weekend of February 11. The race took place at Cook Park, OR which is a pretty nice park. I had gone there with the kiddos last Summer where they had fun playing on the playground and walking the trails to hunt Pokemon. This was a loop course with the 5k being one loop, so I had to run two loops for the 10k. 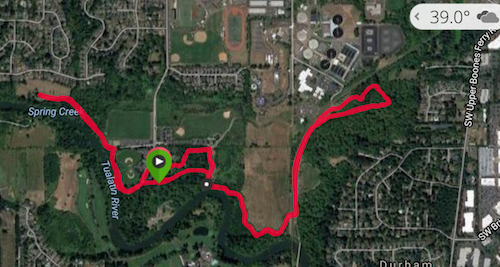 The race was scheduled to start at 8:45 am. It was a bit cold at 39 deg F. but wasn’t bad for a race day in February. I was glad that it wasn’t raining. Here’s a pic of me in front of the start line.

Here’s a pic of some of the runners waiting for the race to start.

The race started a little after 8:45 am. They wanted the faster runners in the front. They do a stagger start which is nice. They wait a few minutes after the first group of runners go, somewhat like having corrals in the big races, and then let the next group go and so on.

Here are some pics I took along the course:

The path is a bit narrow since the course is mostly on paved park trail paths. I took these pics on the first loop. When I did the second loop it was tougher because there was more people on the path and I had to weave through some. 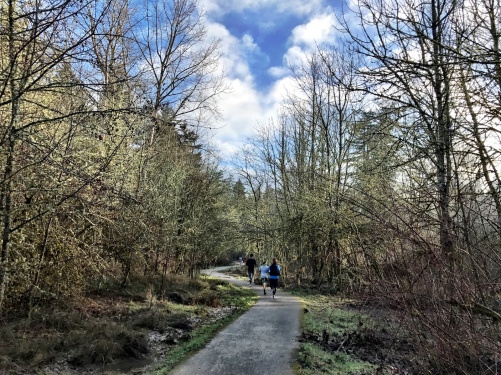 The course was fairly flat except for the hill around the first mile and then since I had to run another loop, the hill was back again on mile 4.1. I thought it was pretty steep, but I managed.

I felt pretty good especially in the first half. I wanted to stay in the 7:40ish range for each mile and I think I did pretty good at pacing. It was tough when I came back up to the hill but just kept pushing it.

One of things I really like about Uberthons races is how you can print out your official time after you finish. 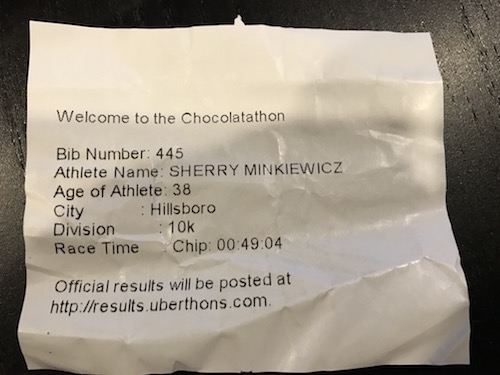 I managed to get first in my age group and 3rd overall female. Funny thing is I didn’t even know I got 3rd overall until a friend messaged me and I checked the results after the event. I thought I got an age group place but not overall place. I was pretty amazed. But I did miss out on the huge medal you get for getting an overall place. 😦

Post race there was a hot chocolate bar and cheesecake. Gotta have chocolate at the Chocolatathon. There was also water, chocolate milk and yogurt. 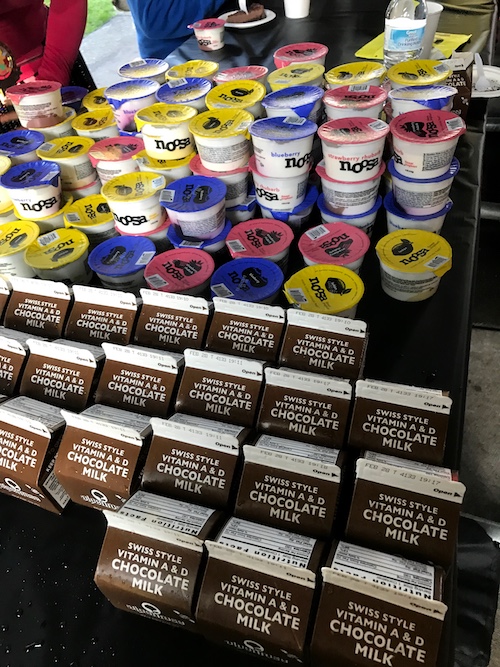 I thought it was a nice day for a race and am happy with how I did. Uberthons put on another great race. I’m looking forward to pacing their half marathons again. I also love their medals! The cupid spins.